Linking Up With Maureen 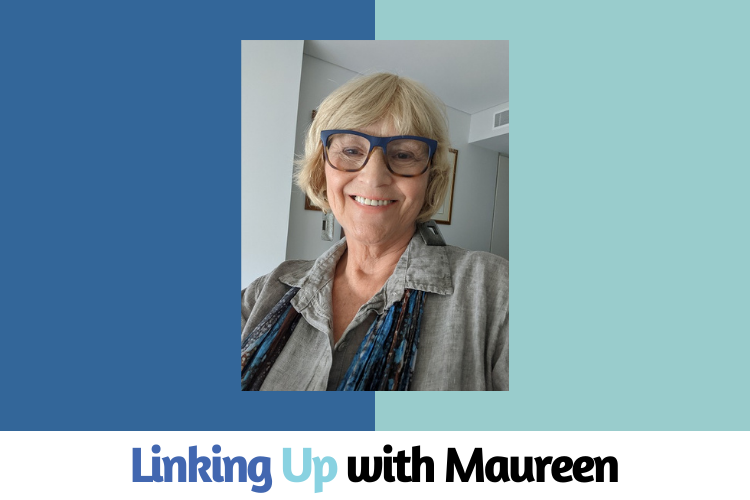 Maureen Williams has lived with Addison’s disease for over 40 years and has been admitted to the emergency department over 100 times. She has a postgraduate diploma in counselling, recently obtained her Masters in Public Health and has been involved with many colleges and institutions as a passionate advocate for the patient voice. We caught up with Maureen to hear how she has flourished in the face of adversity, found the resilience to not only carry on but to thrive, and to learn how we can rid the labels others give us to uncover our own authentic voice.

If you prefer the audio version – link here.

Maureen, can you please share with us a bit more about your story?

My defining time was my early thirties, and at that time I was living my dream. I had been trying to have a child for seven years and I eventually had a delightful little boy and at the same time I was studying to be a singer. At that time I was invited to go to a studio in London with a world famous accompanyist and teacher, and I was told I had a world class voice and a very promising career. It was the experience of a lifetime and something that I will always remember with great pride and joy. At that time my life was good… and then it wasn’t.

I became quite ill. I lost a lot of weight. I lost the top notes of my voice. I was nauseous and vomiting. I couldn’t sing. My skin looked dirty. Back in Australia I consulted doctor, after doctor, after doctor to try and find out what was wrong with me, and they all told me there was nothing wrong.

During that time I was diagnosed as a malingerer, an attention seeker, a neurotic and a Munchausen. I knew that there was something desperately wrong with me and therefore I started to think that I was going insane. I became suicidal and I was absolutely desperate. So I went to Royal Prince Alfred Hospital in Sydney and asked if there was such a person as a diagnostician. I went into this man’s office and said, “I need somebody to tell me what’s wrong with me”. He took one look at me and said, “Are you always suntanned?”. I said, “No, I’m never suntanned, I blister and burn in the sun”. He said, “I bet you’ve got Addison’s disease”. And I did.

Addison’s disease is a very rare autoimmune disease, which is potentially life threatening. There is no cure. In some ways, even though I had been given that really bad news, it was a relief that I did have something which had a name. I was told that I was near death and very, very ill. The end result was that I lost my voice and my career, which was a bitter pill to swallow and my marriage broke down. Instead of gracing the halls of opera houses as I had hoped to do, at the age of thirty-four I had nowhere to live, I had no money, I had no job, I had a five year old, and a chronic illness. That was the point for me where I learnt what resilience was. I realised that I had two choices. I could either let myself be defined by what has happened to me and say ‘This isn’t fair. This shouldn’t be happening. Why is this happening to me?’, but then I would be a victim. Or I could say, ‘This has happened to me and I can’t change it, so how can I choose to go on and what can I learn from it in order to get on with my life’.

Thank you so much for sharing your story, Maureen. It can be incredibly challenging when you’re in that dark place to find the strength to keep pushing. How did you begin to embrace those vulnerabilities, to move away from being a victim to being resilient and using those experiences as an opportunity for learning?

For me it’s about finding your authentic voice. The authentic voice is the voice that we all have – that little voice in our ear. Unfortunately we don’t listen to that voice very often and so many of us don’t find the time or the space to allow ourselves to hear ourselves think. We find this persona that suits us rather than who we are authentically.

When I was in therapy, something that really helped me was that I saw myself as a bag lady and that I was carrying around all these bags which had labels that had been given to me by other people. I had a label that said, ‘I can’t do maths’. Another label that said, ‘You’re a bloody ratbag’ from my father! I had a label that said, ‘You’ll never amount to anything’. We subconsciously take these labels from other people and put them on ourselves. So for me to be able to take the time to look at other people’s baggage that I’d picked up and carried with me, and to take out those bags and look at it and say ‘is this the truth of who I am?’. Because if it’s not you need to chuck it out and find out what is the truth of who you are and not the truth of what you think other people want to see.

The labels can become your identity in a way, and you can identify with them so strongly in a way that all the clouds obscure your true self. How do you get over the labels that other people give you?

If you can use the imagery of the bag lady, you take out a bag and you look at it. You open up that bag and ask yourself, Is this the truth of who I am? Do I really believe that this is who I am? And if you don’t believe that’s who you are … this was given to me by someone else and it’s not the truth of who I am. You chuck it out and look at the next one until you’re done!

You mentioned finding your authentic voice to break free of those labels. When you physically and metaphorically lost your voice. How did you find your courage to defy all of the labels?

It wasn’t easy! I started life in a very working class family. My dad was a disciplinarian and we were children who would be seen and not heard. So in order for me to even do opera it was a huge journey to learn for me that it was OK and I actually had some worth. Finding your own self worth and knowing that you have your own best answers [is key]. I think for anyone who is unsure about where they’re going, or who they are, or what they want to do with their life. The great news is the answer is inside of yourself! We all need community, we need friends, mentors, and counsellors but we have our own best answers.

What stuck out was the constant seeking of validation externally. And social media doesn’t help at all because it also creates these unrealistic expectations of what true happiness looks like. Many do try to address what’s wrong when nothing’s wrong. Actually nurturing what you love and what your strengths are can move you in a positive direction so meaningfully. Acknowledging your worth is such a powerful way to do that.

Another analogy that I learned was thinking of yourself as a bucket and if you keep giving out of the bucket it will eventually empty. However, if you take the time to take care of your own physical and emotional and nurturing needs, you fill the bucket up. Then you’re giving from the overflow and that’s a very, very different energy. Sometimes when you give, give, give you get resentful. But if you’re giving from an overflow and you’ve taken care of yourself then it is a completely different feeling.

How do you fill up your bucket?

You do it by just taking time out to make sure that you’re doing the things that you want to do and need to do and keeping yourself as fit and well as possible. And doing things that feed your brain.

We acknowledge the traditional owners and custodians of the land on which this interview took place, the Wurundjeri Woi Wurrung peoples of the Eastern Kulin Nation. We honour their elders past, present and emerging and recognise their significant connection to the land, the waters and the community.

Linkmate acknowledges the traditional owners of the country on which we work and live and recognises their continuing connection to land, waters and community. We pay our respects to them, their cultures, and to elders past and present.